Scarcity: The Most Effective Strategy for Selling Your Company, Your Product, or Yourself 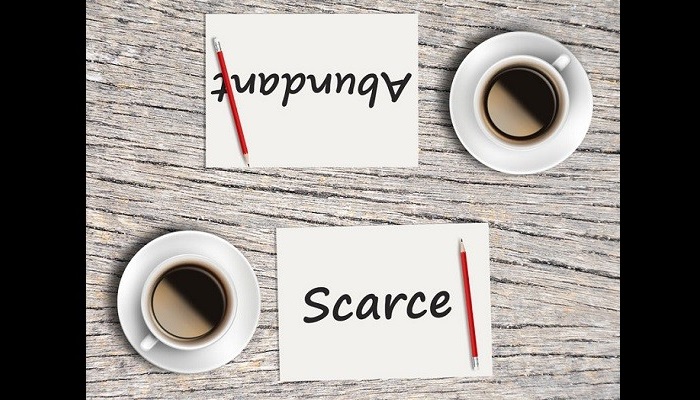 In a world of consumerism and sameness, where just about everything is a commodity and plentiful, there is only one sure-fire strategy for selling your company, your product, or yourself: scarcity. It’s an easy strategy to comprehend, but a difficult one to implement. Scarcity is at the root of economics. It creates desire and, subsequently, demand. When someone or something is scarce…when it is in short supply, it sells like crazy at almost any price. It is human nature to want what we can not have — or that most other people can not have.

Marketers know that the most important rule in marketing a product is to distinguish it. To stand out from the crowd, a product must be “new,” or “improved,” or “bundled” with another product that already has customers. But differentiation alone does not create demand. Scarcity is what creates demand and ultimately drives sales.

Every holiday season the major department stores and the local media broadcast video of shoppers lined up outside of the mall. When the doors open the shoppers trample each other to be the first to grab the hot items of the season. Fist fights ensue in the aisles.

None of these products are in short supply. They can be purchased online (usually cheaper) without having to fight the crowds.

Apple uses the strategy of scarcity when introducing a new device. People camp outside of their stores for days. The movie theaters use this same strategy to create demand for the latest Star Wars movie. Best-selling authors create demand for their next books by taking pre-orders, before the books are even written.

A startup called The Grid took in more than $5M from more than 64,000 “founding members,” with the promise of giving them the means to create new-age, artificial intelligent web sites. They created the perception that their beta was invitation only, but if you were willing to give them $96, they would put you on the list. The money was non-refundable, even if they never shipped the product. They finally launched to lackluster reviews, but hey, they have $5M to get it right.

In these cases, the strategy of scarcity involves convincing people that being the first to own it or see it makes them hip or special.

A friend of mine runs a digital marketing agency in Seattle. His agency specializes in search engine and social media optimization. When prospective clients visit his shop to consider his services, he does not pitch them using storyboard campaigns and creative concepts like other agencies do. He tells them the agency is overbooked and their product is probably not a good fit for what they do…that they are probably not ready to handle the massive influx in new business that his agency could generate for them. He doesn’t want these new customers to have a bad experience, because it would reflect badly on him.

The prospective client typically spends most of the meeting pitching him on why his agency should take them on. They beg him to become one of his clients. After much hesitation he usually relents and says he will squeeze them in, but at premium rates, of course.

In this case, my friend has carefully nurtured the image of being a creative genius – a master of the digital realm. To be clear, he gets great results for his clients, but he is by no stretch remarkably better than most of the other agencies in town. His clients just think he is. He doesn’t even do all the work in-house. He farms much of it out to contractors in India and the Philippines.

Many of the popular restaurants and clubs in my town make people wait outside, even though the joint is half empty. Eager customers dutifully form a line outside, waiting for their chance to be seated. The people driving by think to themselves, “LOOK at that line, must be a good place, let’s get in line before it gets longer!”

In this case, the restaurants and clubs are creating the perception of quality + popularity. It must be good if it’s worth waiting in line for, right? Why eat or socialize just anywhere, when you can eat and socialize where everyone wants to be. Being “seen” in these places makes people feel like they are part of the “in” crowd. Not everyone can get in, especially if they don’t stand in line. Of course, if they were all that special they would not be waiting in line — the manager would have ushered them directly in to their favorite table.

When I was looking to expand my professional network, I published an article entitled, Why I Won’t Accept Your Linkedin Invitation. Many people took it personally, as if I was speaking directly to them. The article prompted more than 22,000 likes and 8,000 comments. Some people commented, “You are an arrogant A-hole and I wouldn’t connect with you if you were the last person on earth!”

The majority of people who bothered to read the article saw it in a different way: not a rejection of them, but a special invitation to them (because they are special, after-all) from someone who is selective and only wants to connect with like-minded professionals — not just anyone who has an account and clicks on the “Connect” button. The opportunity to connect with someone who didn’t connect with just anyone, created the perception of scarcity.

The article prompted 5,000 invitation requests, all of which I thoughtfully considered and many of which I was happy to accept.

Scarcity, or more precisely, the perception of scarcity, is the foundation for selling your company, your product, or yourself. It is what drives the energy (oil) and pharmaceutical (drug) industries. It is what fuels Silicon Valley – too much money chasing too few good entrepreneurs with truly disruptive ideas. It is what makes celebrities and athletes insanely rich. It’s what allows entrepreneurs to cash out when they are ready to sell their businesses.

But always beware the power and appearance of scarcity. It can bring out the dark side in people and unfettered capitalism. Scarcity creates villains like Martin Shkreli and feeds Ponzi schemes perpetuated by predators like Bernie Madoff. It emboldens founders of fake companies like Elizabeth Holmes.

Now that you know the most effective strategy you can harness to propel your career and/or your company/product/service, the trick is to implement it in a thoughtful, ethical, and authentic manner. I’ll try to relay a few tips for doing that in a future post. Stay tuned…

Articles on Selling a Business